If you tried to explain the concept of Pepe the Frog to someone who didn’t spend much time online, you’d probably sound insane. “So, there was this innocuous cartoon frog who was part of a comic called Boys Club, and he was co-opted by alienated people vying for attention, which […]

If you tried to explain the concept of Pepe the Frog to someone who didn’t spend much time online, you’d probably sound insane. “So, there was this innocuous cartoon frog who was part of a comic called Boys Club, and he was co-opted by alienated people vying for attention, which then changed the frog into a symbol of white supremacists who want to be feared but use ironic detachment as a shield.” Crazy as it sounds, that’s what happened with Matt Furie’s creation, and Arthur Jones & Giorgio Angelini’s documentary Feels Good Man chronicles how Pepe morphed from lighthearted joke to Internet shorthand to hate symbol and Furie’s quest to reclaim his creation. The documentary raises interesting questions about the relationship between artist and audience, but most often provides a chilling look at Internet culture and the engagement economy where the toxicity of alienation leaks out into the real world.

Cartoonist Matt Furie is a mild-mannered guy. His soft-spoken demeanor is reminiscent of Toby on The Office. He created a comic called Boys Club, which is about four anthropomorphic pals living out a post-college haze. In one of the strips, Pepe the Frog is peeing with his pants around his ankles and later explains that he does it because it “Feels good man.” Furie would then upload this comic and others to MySpace. This somehow got picked up by weightlifters who would use “Feels good man” to social their post-workouts and then became an Internet meme. Furie didn’t feel like that was a big deal, but he could not have foreseen that Pepe would catch on with 4chan, a website for anonymous users that was a “Darwinian fight for attention.” The film then chronicles Pepe’s transformation as a meme to being used for hate speech and Furie’s fight to take back the cartoon frog from the Alt-Right.

If you’re even a remotely normal Internet user, you’re probably not aware the fever swamps Feels Good Man explores. To Jones and Angelini’s credit, they interview actual 4channers (an impressive feat for a site where the users pride themselves on anonymity), and it’s both fascinating and disturbing to hear them explain their bizarre subculture. As one user puts it, they wanted a space to hate on “normies” and they were upset when Pepe was co-opted by “a sex-haver or a woman.” You don’t have to wait to see how long it takes for this harmless use of a cartoon frog to get seriously dark and that it becomes a symbol for people who feel disenfranchised and alienated from the world. Where Feels Good Man gets more disturbing and becomes a must-see explainer on this dark sub-culture is how Pepe is the perfect use for causing, as The Atlantic columnist Adam Serwer explains, “psychic anguish.” When you use Pepe to illicit a reaction, what you’re doing is demanding that people fear you, but also feel ashamed for taking them seriously. So, for example, if you see Pepe dressed as a Nazi gassing a Jew, you know to take that as a threat, but if you speak out against it, you’re over-reacting because it’s just a harmless cartoon frog. Pepe becomes a license to say whatever vile thing your heart desires, and then append it with “why so serious?” whenever you offend whoever it is you intended to offend in the first place.

For Furie, this places him in a bizarre situation that he never intended. There’s literally nothing about his original incarnation of Pepe that could be interpreted as a hate symbol, but that doesn’t matter because the Internet took possession of it, and while Furie initially didn’t want to become litigious over Pepe being a harmless meme, that changed when you’ve got outlets like InfoWars using Pepe to stoke the fires of the Alt-Right and turn a profit by selling Pepe merchandise. When the world gets this bizarre and a cartoon frog somehow becomes a new swastika, perhaps it shouldn’t be surprising that copyright law of all things can serve as the hero because ultimately, it’s not going to be people doing the right thing. Pepe can’t be reclaimed simply by pushing a message of love over hate.

The brilliance of the documentary is always backing out to take the larger view. The directors wisely speak not just to people who are Extremely Online, but academics and experts who understand how this culture functions and what it says that some random cartoon frog (and the selection of Pepe feels particularly random, especially since Furie did nothing to encourage its use beyond uploading his comics to the Internet). Bolstered by some great animation in the style of Furie’s artwork, Feels Good Man is able to draw you into its mad world by providing some guidance to what would otherwise feel like unadulterated lunacy.

Despite the craft of the filmmakers, there’s no escaping the inherent insanity of the story itself. You really want to throw yourself into a volcano by the time you’ve got a guy driving up in his Lamborghini and explaining how he got rich on Pepe cryptocurrency because of course that happened. And perhaps the story of Pepe shouldn’t be that surprising when you consider how fans in the Internet age feel entitled to take the things they love and recreate and toy with them. Pepe is just an extreme example of what happens when the author’s intent no longer matters and meme-ification renders the origins of a meme so distant that they cease to matter. By the time Feels Good Man is released, Pepe will have likely morphed into something else. It is now an avatar of chaos where self-expression is repeatedly filtered through a cartoon frog.

Wed Sep 16 , 2020
States across the United States should be prepared to distribute a coronavirus vaccine by November 1 “just in case” one is ready, Dr. Jerome Adams, the US Surgeon General said. “We’ve always said that we are hopeful for a vaccine by the end of this year or beginning of next year,” Adams […] 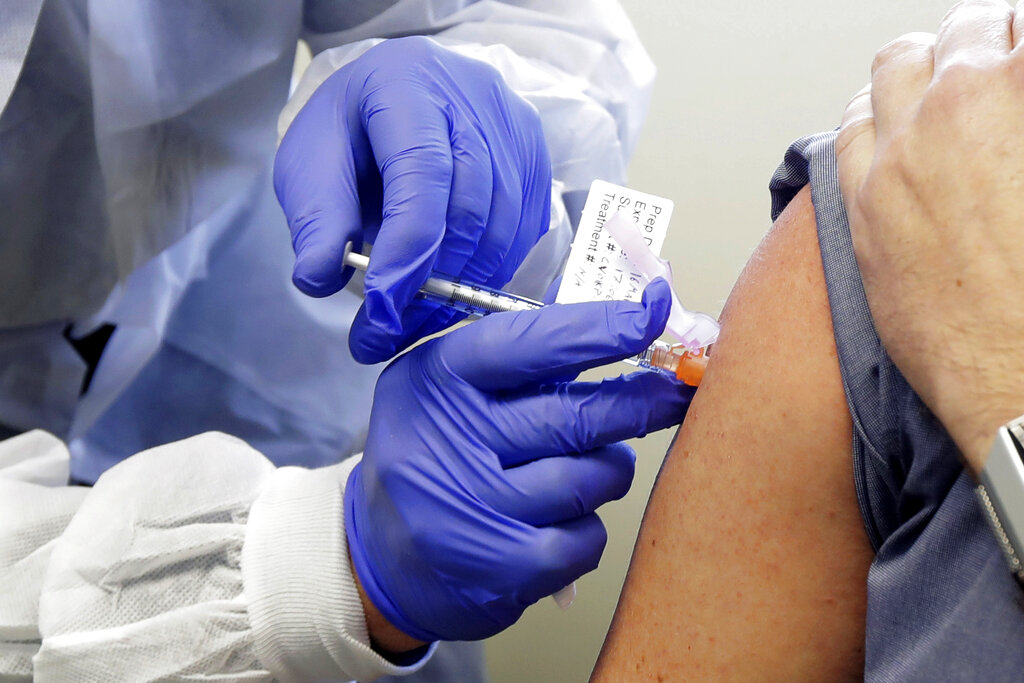