The July/August edition of Marine Technology Reporter, the 15th Annual “MTR100”, recognizes Graham Hawkes a subsea innovator, explorer, inventor and pusher of boundaries. A pioneer in the realm of ocean engineering, he’s designed and built more than 60 manned submersibles—everything from atmospheric dive suits to flying subs. As a test pilot, […]

The July/August edition of Marine Technology Reporter, the 15th Annual “MTR100”, recognizes Graham Hawkes a subsea innovator, explorer, inventor and pusher of boundaries. A pioneer in the realm of ocean engineering, he’s designed and built more than 60 manned submersibles—everything from atmospheric dive suits to flying subs. As a test pilot, he’s maintained the deepest solo dive record for more than 20 years. He’s also the founder of HAWX Open Ocean LLC, created to design and build revolutionary marine technologies that enable undersea access to all.

Inspired by the people he’s encountered throughout his career, Hawkes’ passion of and dedication towards marine exploration has evolved over the years. Meeting marine biologist Sylvia Early “challenged me to achieve the goal of reaching full ocean depth and helped me develop an appreciation of all ‘critters’ and a sense of needing to care for this planet,” he said. Later on, upon talking with environmental leader and communicator Julie Silverman, he understood “the need for everyone to have access to the ocean to better inform the stewardship of the planet.” This, coupled with his desire to make a better place for his grandkids, gave birth to HAWX Open Ocean with the focus of working from the bottom-up, or with the next generation of ocean innovators—kids. 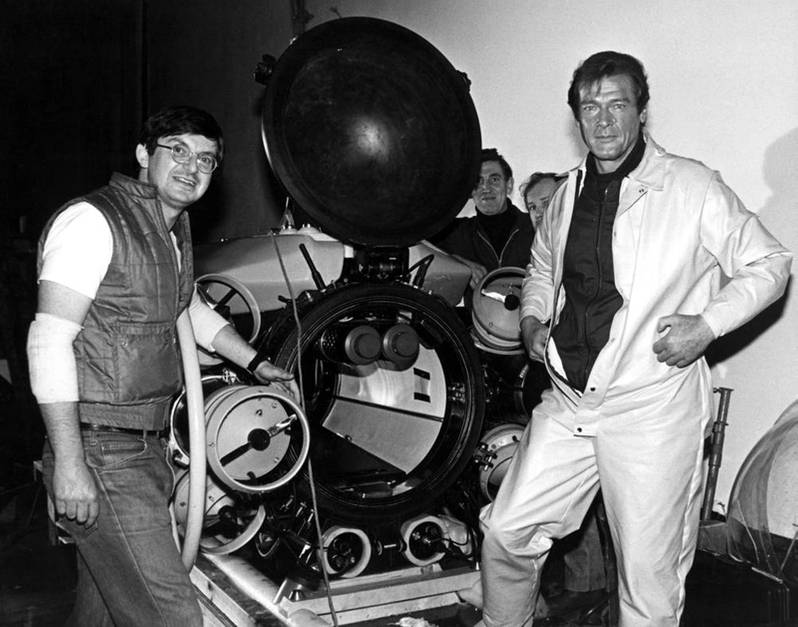 Graham Hawkes, designer of the Mantis one-man submersible, on set with Roger Moore, 1981. Hawkes piloted the Mantis sub used against James Bond in the film For Your Eyes Only. © Pinewood Studios

Hawkes’ drive is also influenced by witnessing the evolution of the subsea industry. In the early days of submersible designing, amidst competition, Phil Nuytten, Canadian entrepreneur and inventor of the Newtsuit atmospheric diving suit, told Hawkes, “They can copy where I’ve been but they don’t know where I’m going.” Hawkes reflected, “That has stuck with me through all of the ups and downs of the submersible industry. It keeps pushing me forward knowing that innovation is what comes from your imagination not from someone else’s expectations.”

He is also motivated to make a difference because of a lack of change in the industry, as ocean discovery is still driven by a few wealthy organizations and individuals and the majority of marine environments remain unknown to humanity. As a result, Hawkes hopes to encourage more collaboration and new innovators in the field, as well as evolving subsea technology to provide access to the public. “There is a natural progression of human access and technology innovation. The first forays into new spaces are typically enabled by the government because of the high cost of these early-stage efforts, but there is constant pressure to lower costs and expand access,” he explained. “Hence, the mission of HAWX is to introduce both unmanned and manned solutions, giving the general public access and the choice of going themselves or sending a probe.”

To enable local communities to conduct ocean ground truthing and data collections, Hawkes believes there needs to be a major shift to affordable observation and data gathering technologies. “I can make anything complicated, heavy and big — I’ve proven that — but what’s needed is a way to quickly, easily and affordably spot-sample to collect visualization of the water column and bottom, thus giving them access to observe, understand and manage their own ocean backyards,” he said. As a result, the SeaRocket, a “touch-and-go” untethered lander that uses a consumer HD video camera (like a GoPro), was born. The SeaRocket SR3000 Pro series is designed for research and commercial use and can carry various sensor payloads, such as conductivity, temperature and depth (CTD). SR3000s, as Hawkes pointed out, “weigh under 20 pounds, have a depth rating up to 30,000 feet, and have a long high-visibility mast above the surface for visual location.” Additionally, the product is fully automatic, does not require batteries and uses a small biodegradable descent weight to dive and surface. Later this summer will see the SeaRocket STEM Kit, a smaller, lighter family-friendly probe for exploring bodies of water less than 130 feet deep.

Despite the presence of COVID-19, collaborations are essential for HAWX Open Ocean to reach more people around the world and to build a global capacity for ocean exploration and observation. “We collaborate with companies and organizations that produce robust, off-the-shelf and DIY low-cost solutions that the ocean accessible for all,” said Hawkes. Future partnerships, to name a few, include Paralenz (compact dive cameras with built-in data collection sensors such as CTD), Hohonu Inc. (low-cost water level sensor and data loggers), and Oceanography for Everyone (DIY CTD data collector).

Hawkes’ future projects well align with his mission of innovation and accessibility for all. Citing the Deepflight Super Falcon as a favorite past project and a personal engineering challenge, but not fit for the market at the time, Hawkes sees the key for the next generation of manned submersible to be “focusing on what is wanted, rather than what I or the deep submergence community expects.” He added, “I am now building prototypes that have little in common with traditional submersibles and are more like a hybrid of an exoskeleton that assists a human to dive more naturally.” On top of his new designs, Hawkes has begun working with students, inspired by their ability to listen, the questions they ask, and their desire to world real world problems. “I’m impressed by their enthusiasm and passion for making the world a better place. It makes me feel very optimistic about the future,” he said.

For Hawkes, with experience comes perspective. Exploring what is possible, especially when unconventional, does not always equal popularity. “I accept this and now consider one of my proudest achievements as being called ‘the lunatic fringe’ by Dave Gallo, then Woods Hole Oceanographic Institution’s director of special projects,” said Hawkes. “Perhaps I can help see the future, but it’s different from what is expected.” With HAWX Open Ocean and Hawkes’ revolutionary innovation and passion, a future of heightened and accessible subsea exploration is ahead. 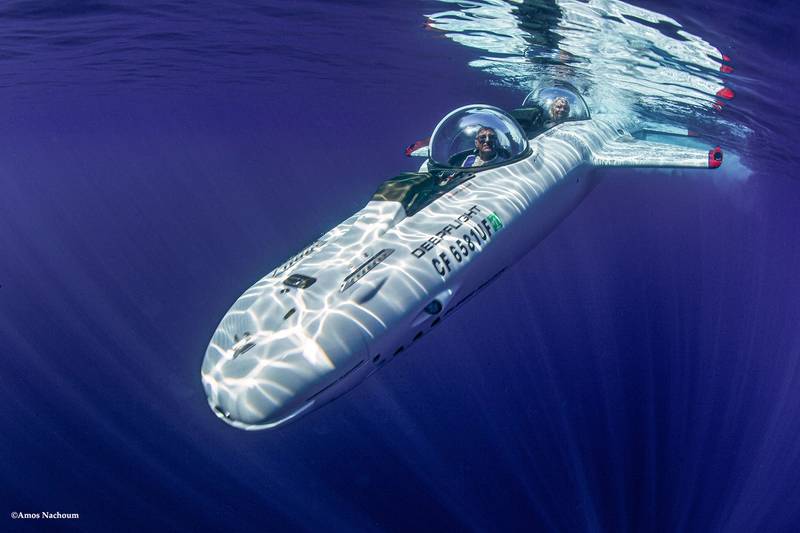