The rookie third baseman’s splashy debut — one that finished with a flourish thanks to an eight-game hitting streak that raised his average to an eye-popping .376 — provided an incandescent silver lining in a season at times felt epically long. Losing a major-league high 41 games will do that. Still, Hayes proved he belonged during his first taste of the bigs.

“I was just so excited to finally get the opportunity to come up here,” said Hayes, who showed a flair for the dramatic by homering in his debut on Sept. 1. “Just wanted to show what I could do and go out there, try to play to the best of my ability.”

And to think the biggest issue when Hayes arrived was how he would cope at the plate. A three-time Gold Glove winner in the minors, Hayes came out swinging and didn’t stop, hitting .516 over the final week. His arrival gave his team a serious jolt and perhaps a glimpse that better days are ahead.

How far ahead may depend on what the Pirates do in the offseason. For all of Hayes’ precociousness, Pittsburgh remains very much a work in progress a year into a franchise-wide reboot under new team president Travis Williams, general manager Ben Cherington and manager Derek Shelton.

The Pirates finished dead last in runs, 28th in batting average and 27th in homers. The pitching, wrecked by injuries to both the rotation and the bullpen, needed a late surge to rise to 19th in ERA. Only the New York Yankees committed more errors defensively.

© Provided by Associated Press
Pittsburgh Pirates’ Jacob Stallings (58) gets a hug from manager Derek Shelton after hitting a solo, walk off home run off Chicago Cubs relief pitcher Andrew Chafin during the bottom of the ninth inning of a baseball game in Pittsburgh, Tuesday, Sept. 22, 2020. The Pirates won 3-2. (AP Photo/Gene J. Puskar)


“I know (there is) more we need to do, in regards to who we are next year and how we play,” said first baseman/designated hitter Josh Bell, who hit a career-low .226. “We’ll see what happens next spring and, hopefully, get off to a better start next year.”

It wouldn’t take much. Any talk of the Pirates finding enough magic to contend evaporated when they dropped 13 of their next 16. A 1-12 stretch in early September basically assured Pittsburgh of the top pick in the 2021 draft. Still, they won four of their final six, a blip during a normal 162-game season but an outright hot streak in 2020 and perhaps a little bit of forward momentum.

“When you go out and have good starts or have good (at-bats) it gives you a little bit of confidence,” Shelton said. “As we’ve talked about, it’s not just here, this has been a challenging year for a lot of guys. We’re playing in a division that’s going to have like four teams, possibly, in the playoffs We’re playing the American League Central that maybe has three of the best teams in baseball. Our guys have continued to go out night in and night out in and fight.”


A quick peek into what lies ahead in Pittsburgh:

Top-end starting pitcher Jameson Taillon’s recovery from a second Tommy John surgery on his right arm is right on schedule and he expects to be full-go when (or maybe that’s if) spring training gets underway in February.

An oblique injury cut Mitch Keller’s second “season” basically in half. When he was on the mound, the 24-year-old showcased the kind of stuff that made him the organization’s top prospect when he arrived last summer. Opponents hit just .132 against him … at least when Keller gave them something to hit. He finished with more walks (18) than strikeouts (16), something that needs to be an anomaly going forward.

Right fielder Gregory Polanco is scheduled to make $11.6 million in 2021, a significant investment for a team perenially among the most thrifty spenders in regards to payroll, particularly for a player that is hitting .197 over the last two years. Polanco’s numbers make it seem highly unlikely the team can move him if unless it kicks in money, something it may be reticent to do outside of a no-brainer return, a scenario that seems pretty far fetched at the moment.

Richard Rodriguez figures to be the odds-on favorite to start 2021 as the closer after collecting four saves and racking up 34 strikeouts in 23 1/3 innings. In front of him, however, is a bit of a mess. Kyle Crick, expected to be a setup guy, couldn’t stay healthy. There were signs of progress from the likes of Sam Howard, Chris Stratton and Geoff Hartlieb but there will be plenty to sort out in Bradenton.

Catcher Jacob Stallings was named the Team MVP after putting together a solid season in which he hit .248 while becoming one of the better receivers in the game. With no clear-cut replacement on the horizon, the 29-year-old may carve out a nice little niche going forward.

Copy-paste? Think twice : A deep dive into the world of online plagiarism

Fri Oct 16 , 2020
No, the Internet is not like international waters. We speak to legal experts and content creators about where netizens should be vigilant Truth has perhaps been the most obvious casualty of the Internet age, as copy-paste culture has permeated the creative process. And nowhere has this been more visible than […] 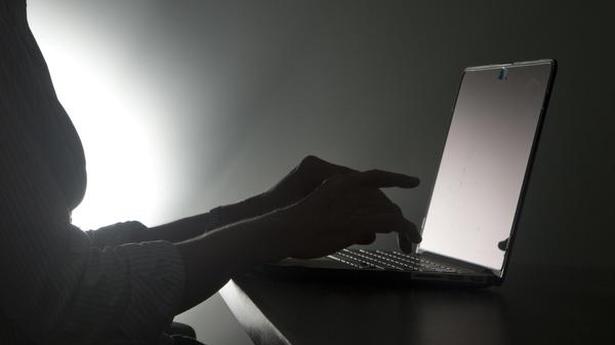