By Andrei Makhovsky and Tom Balmforth MINSK/MOSCOW (Reuters) – Protest groups in Belarus are trying to use limited access to the Telegram messaging service to coordinate anti-government action, but say an internet shutdown they blame on the authorities has been effective in slowing them down. Mobile phone internet has been […]

By Andrei Makhovsky and Tom Balmforth

MINSK/MOSCOW (Reuters) – Protest groups in Belarus are trying to use limited access to the Telegram messaging service to coordinate anti-government action, but say an internet shutdown they blame on the authorities has been effective in slowing them down.

Mobile phone internet has been offline since protesters clashed with police on Sunday, accusing President Alexander Lukashenko of rigging a landslide re-election win. One person died in a second night of protests on Monday.

Limited Wi-Fi internet access is only sporadically available after users install a separate programme, while many social media websites are blocked. Lukashenko has denied the authorities are trying to shut down the internet.

Alexander, 42, a protester in Minsk, said he had not read a news article or social media post in two days: “I can’t see the news so I really don’t know anything.”

He said he went home on Monday evening thinking the protests in Minsk had ended, but across town, violent clashes were raging in several districts, with some protesters building barricades and police firing rubber bullets and stun grenades.

Many protesters in Minsk told Reuters they had joined the Monday evening protests spontaneously and were simply following crowds of people they had spotted.

Lukashenko, a former collective farm boss who has ruled Belarus since 1994, has blamed the internet outages on “foreign forces” he says want to fan public discontent.

The Telegram messenger, which is sporadically accessible through Wi-Fi, said it had enabled “anti-censorship tools” but that the service was “very unstable as internet is at times shut off completely in the country”.

Several protest groups on Telegram tried to help guide medical assistance to places where it said protesters were known to be hurt.

Nexta, one of those groups, runs a channel on Telegram covering the protests in detail and publishing dozens of protest videos. The channel has rapidly grown in popularity, gaining hundreds of thousands of followers since the election.

On Tuesday, it circulated a call for Belarusians to go on strike to demand the recognition of Lukashenko’s main election rival, Svetlana Tikhanouskaya, as the true winner of Sunday’s polls. Tikhanouskaya has fled to neighbouring Lithuania since the election to join her children there.

Nexta reported that workers at a sugar plant, an electrotechnical factory and a chemicals institute had gone on strike in protest. That could not immediately be confirmed.

Thu Aug 27 , 2020
WINTER PARK, Fla., Aug. 20, 2020 /PRNewswire/ — Ocean Insight, the applied spectral knowledge company, has named Dr. Michael Edwards as its new president. Edwards will be responsible for leading the delivery of Ocean’s mission to apply spectral knowledge, and for supporting customers across academia and industry in developing spectroscopy-based […] 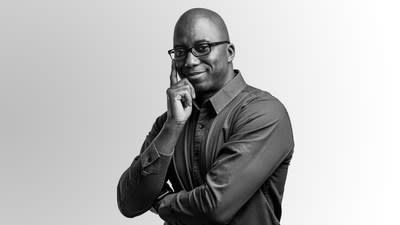