© Screen grab/Senate PRIB Sen. Lito Lapid asks Education officials during the Committee on Basic Education, Arts and Culture hybrid hearing, Thursday, June 25, 2020, about the cost of implementing the basic education learning continuity plan under the new normal. “What would be the cost if all students in public schools will be […]


© Screen grab/Senate PRIB
Sen. Lito Lapid asks Education officials during the Committee on Basic Education, Arts and Culture hybrid hearing, Thursday, June 25, 2020, about the cost of implementing the basic education learning continuity plan under the new normal. “What would be the cost if all students in public schools will be given tablets? What would be the cost of printing self-learning modules?” Lapid asked. Education officials replied that a committee has already been formed to study the matter. (Screen grab/Senate PRIB)

Senator Manuel “Lito” Lapid has filed a bill seeking to establish an electronics donation and recycling program in the Philippines to manage e-waste and bridge the digital divide among Filipino students amid the shift to distance learning.

Senate Bill No. 1846 or the Electronics Donation Recycling Act requires all manufacturers and retailers of electronic gadgets to set up donation and recycling booths in their sales outlets, stores, service centers and similar locations all over the country.

Citing a study conducted by engineers from the University of the Philippines, Lapid said the number of discarded phones will hit over 24.9 million in 2021, with respondents saying that they were replacing mobile phones at a rate of once every one to two years.

The senator said that based on a 2020 study by the Philippine Institute for Development Studies (PIDS), only 69 percent of poor households in the country have mobile phones, while only one percent and six percent of poor and low-income families have computers, respectively.

There are more than 600,000 public school students who lack gadgets in Metro Manila alone, he added.

Gadget owners who wish to donate or recycle their laptops, cellphones, tablets, and similar electronic devices may drop them off at the donation and recycling booths mandated by the bill.

Under the proposed measure, the Department of Trade and Industry and the Department of Information and Communications Technology will be in charge of the sorting and recycling process, as well as the repairing required for donated gadgets.

Donated gadgets shall be given to the Department of Education for distribution to poor students who will be determined by the guidelines to be crafted by the agency.

On the other hand, old gadgets intended to be disposed of shall be turned over to the Department of Environment and Natural Resources-accredited facilities capable of recycling electronic gadgets and components.

Basic education in public schools across the country is set to start on October 5 without face-to-face classes. Around 24.6 million learners in the K-12 program have enrolled, as of September 25.

Internet, TV, radio, and printed modules will be used for distance learning to prevent the transmission of COVID-19 in schools.

The Bureau of Customs recently said it is also conducting an inventory of confiscated gadgets, which it plans to donate to the DepEd.—AOL, GMA News

Fri Oct 9 , 2020
The fastest ever internet connection. Also the Melbourne Monolith – why data quality matters and tiny robots powered by solar energy and moved by laser light. Show more The world’s fastest data transmission rate has been achieved by a team of UCL engineers who reached an internet speed a fifth […] 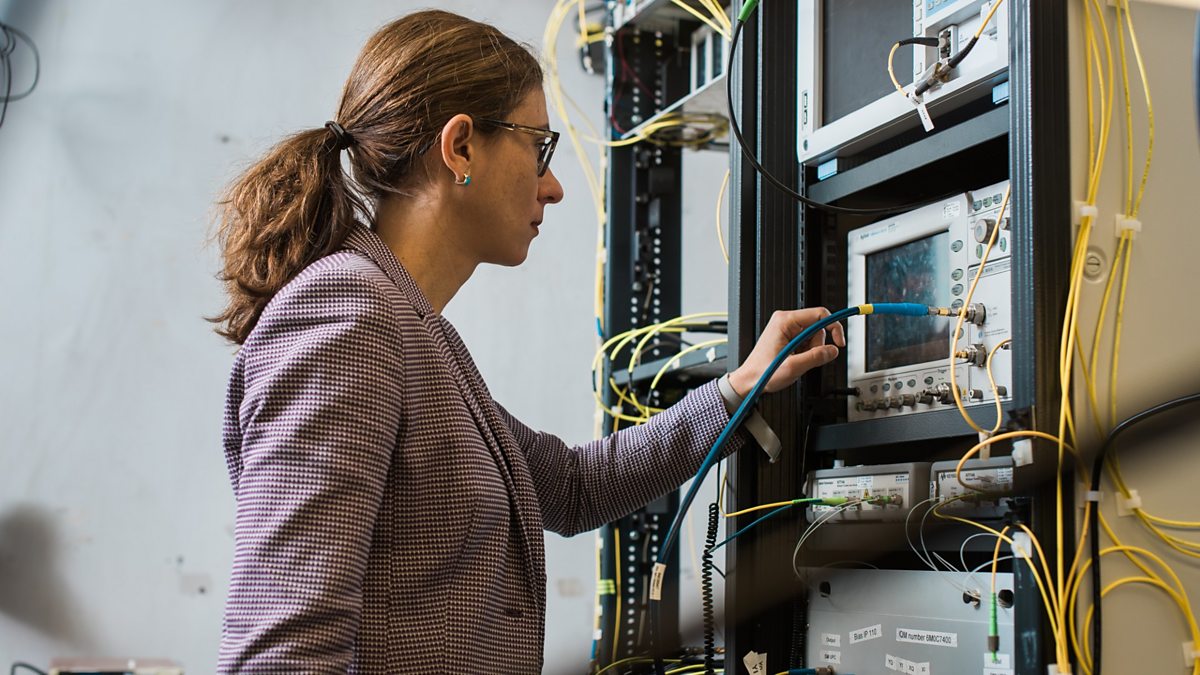