Researchers at University College London claim they’ve obtained a new top internet speed of 178Tbps – a fifth quicker than the prior record and fast enough to download the entire Netflix catalog in under a second, they say. To achieve that, the researchers used different bandwidth ranges than are typically […]

Researchers at University College London claim they’ve obtained a new top internet speed of 178Tbps – a fifth quicker than the prior record and fast enough to download the entire Netflix catalog in under a second, they say.

To do this the researchers used a variety of amplifier technologies, customizing which ones they used for each wavelength to optimize its performance as measured by phase, brightness and polarization, according to a press statement put out by UCL. These customization packages are known as geometric signal constellations.

The amplifiers that they’ve been working with are called hybrid discrete Raman & rare-earth doped fiber amplifiers, and they used the S-, C—and L-bands simultaneously, according to an abstract of a paper published in IEEE Photonics Technology Letters.

“We are working with new technologies that utilize, more efficiently, the existing infrastructure, making better use of optical fiber bandwidth,” said Dr Lidia Galdino, a lecturer at UCL and lead author of the paper.

The researchers say their findings could be put into practice by upgrading the amplifiers in existing optical networks that are typically placed at 40-100km intervals along fiber runs. Upgrading by replacing the fiber infrastructure can cost up to 28 times more than the amplifier upgrades, they say.

The UCL research was carried out over a 40km span.

Changing lifestyles due to the COVID-19 pandemic has increased demand for internet bandwidth – up to 60% for some carriers – making increasing the capacity of networks a concern. “But, independent of the Covid-19 crisis, internet traffic has increased exponentially over the last 10 years and this whole growth in data demand is related to the cost per bit going down,” said Galdino.

“Growth in data demand is related to the cost-per-bit going down,” and her research could help that continue. “The development of new technologies is crucial to maintaining this trend towards lower costs,” she said.

The former speed record, 172Tbps, was achieved in April and held by Japan’s National Institute of Information and Communications Technology (NICT).

Join the Network World communities on Facebook and LinkedIn to comment on topics that are top of mind.

Mon Sep 7 , 2020
Today’s technologies allow us to explore the ocean in increasingly systematic, scientific, and noninvasive ways. With continuing scientific and technological advances, our ability to observe the ocean environment and its resident creatures is beginning to catch up with our imaginations, expanding our understanding and appreciation of this still largely unexplored […] 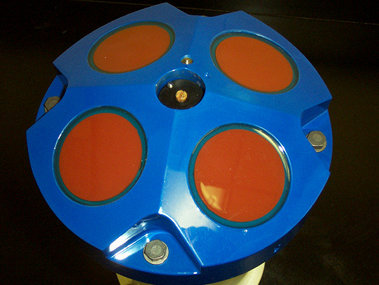